A date with M Haricot.

Do I want to stay at Fort Amherst for a weekend of documentary film making (with Sean Bean!) with lots of friends, and an evening out.. YES PLEASE! This seemed like an event to look forward to, even the prospect of sleeping in an unheated brick and cobble guardroom in January seemed more of a challenge/experience than an unpleasantness. Off to Chatham!

So why, after the event, did I generally feel discontent.  Of every reenactment thing I've done this is the only one that generally left me with a feeling of disatisfaction afterwards, and I'm not entirely sure why.  There were many good times. This blog is meant to chart a journey into reenactment, and what long journey dosn't have ups and downs?  It would be remiss not to mention the odd down.

Now, I have done a little film work before and heard tales from others of standing about and being chivied from pillar to post so expected re-takes of everything and lots and lots of waiting. There is always  a lot of 'Hurry up and Wait' going on. Even having all marched up to a field at the top on a cold morning and then marching back after just standing about for three and a half hours didnt bother me. I'd had two free breakfasts. 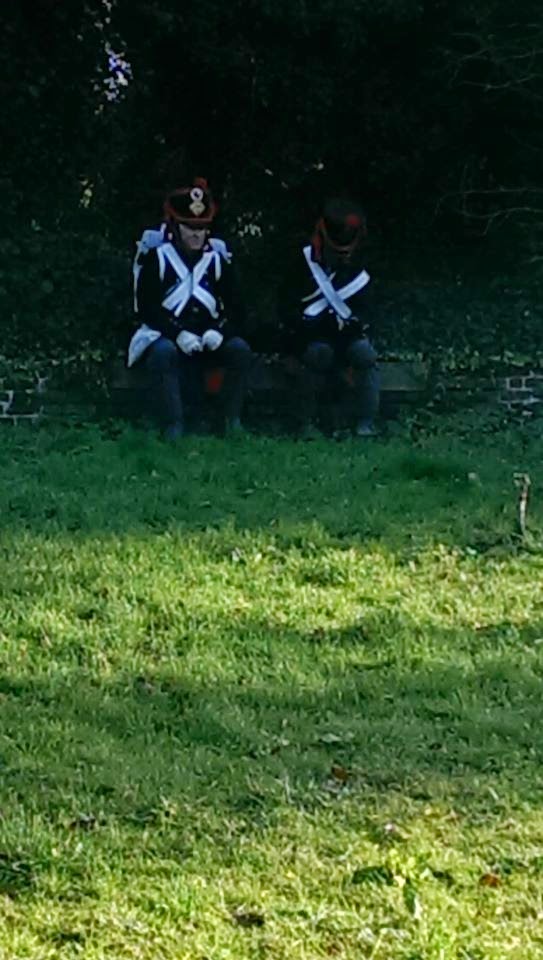 waiting in a field.


The filming schedule was indeed a bit annoying and sometimes non sensical and even two breakfasts couldn't stop some grumbles even from me.. who had earlier chided others for moaning. They wanted a scene with a big French column marching out of the smoke with Mr Bean (not that one) in the middle but insisted on filming small interviews and such that could be done any time.. whilst it grew dark and people had to start leaving to get home. Then as we stood in the dark waiting we learnt Mr Bean was doing the whole photos thing now (instead of later as scheduled) and we arrived just in time to miss it. I tell myself I am not someone who cares about celebrity and never ask people for autographs. But I did feel more disappointed than I would care to admit. Which obviously I just have. 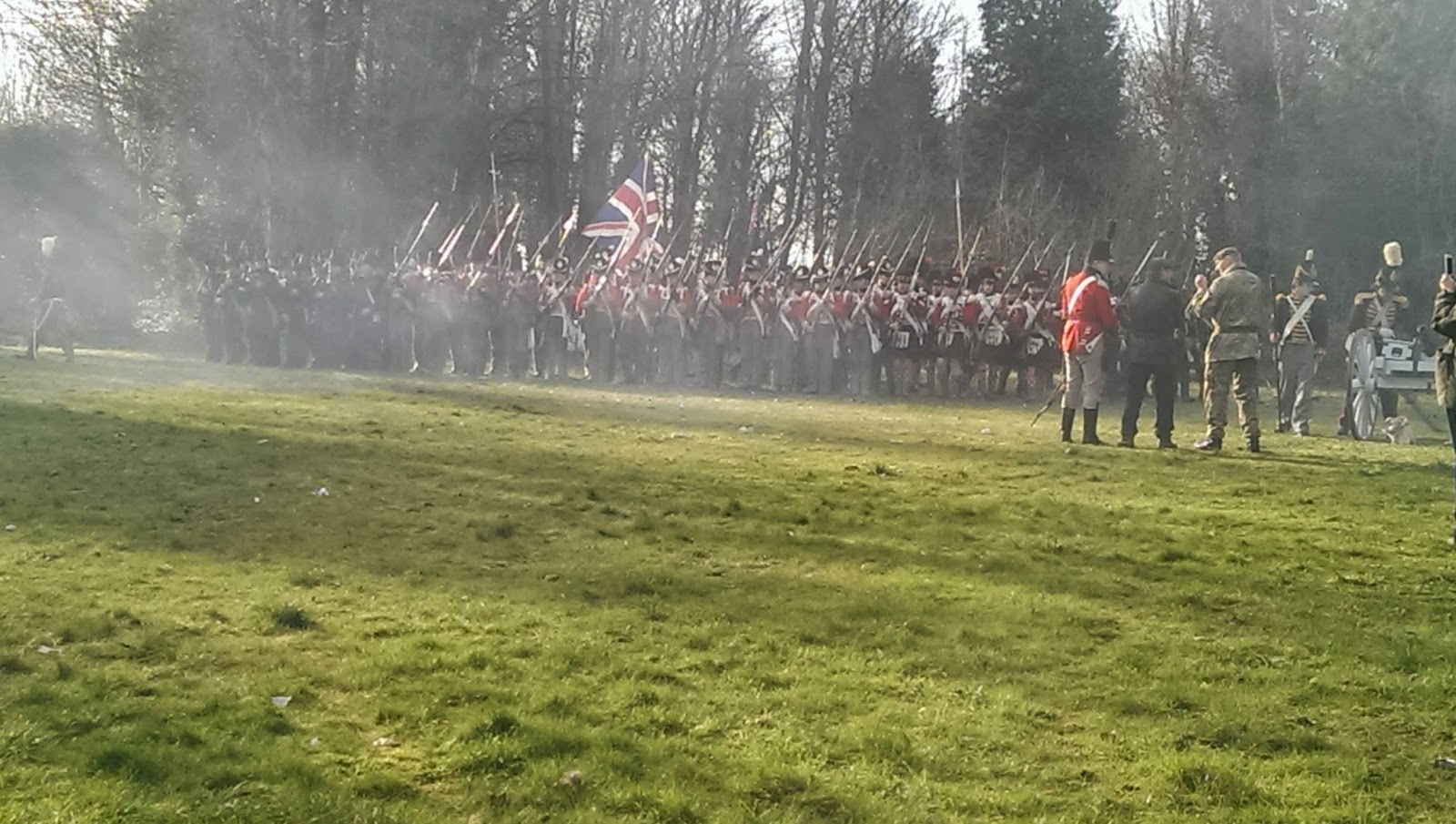 Sort of evidence of Sean Bean sighting. He doesn't half jump when a cannon goes off! I did later say Hi and he was amiable, he's really not one for small talk, or for that matter, talk.

But even without any of these I think my disatisfaction comes from having more than my usual number of feeling like an idiot moments. I expect most reenactors have them when they are starting out. One chap in our group had a mishap that burnt his hand whilst firing and was noticably shy of doing any firing for a time after that. But I should be beyond that.  It's been two years now. I should be able to follow commands, even in French, without my mind going blank or have to get the gist and copy everyone else. I usually recover from such moments but this did knock my confidence. 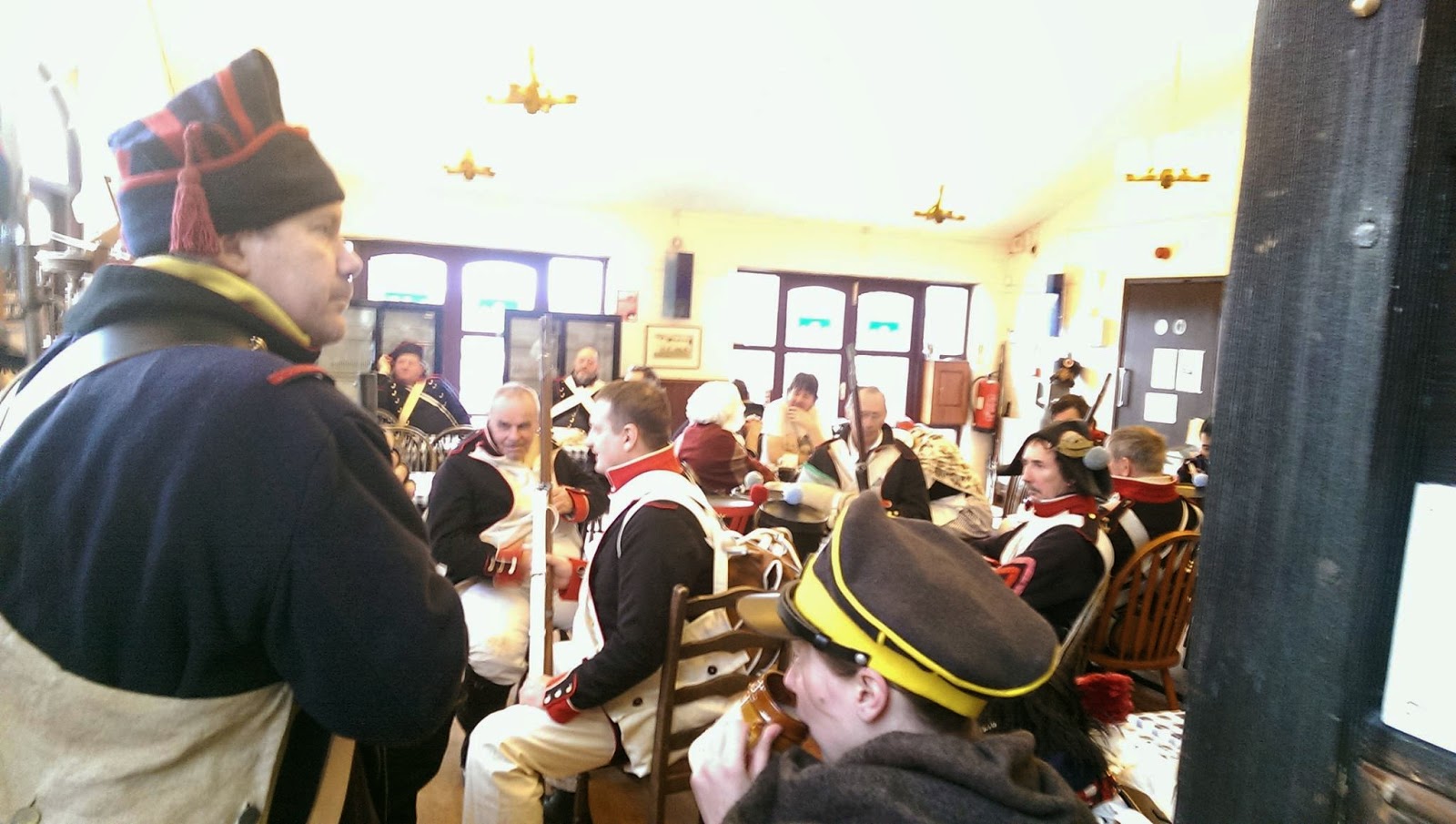 Waiting in a cafe.

There were certainly many good moments too. Like watching the 45eme playground assault course and a dog that liked my beard, and getting to know some of the group I have not been at many events with more, and did I mention two breakfasts? 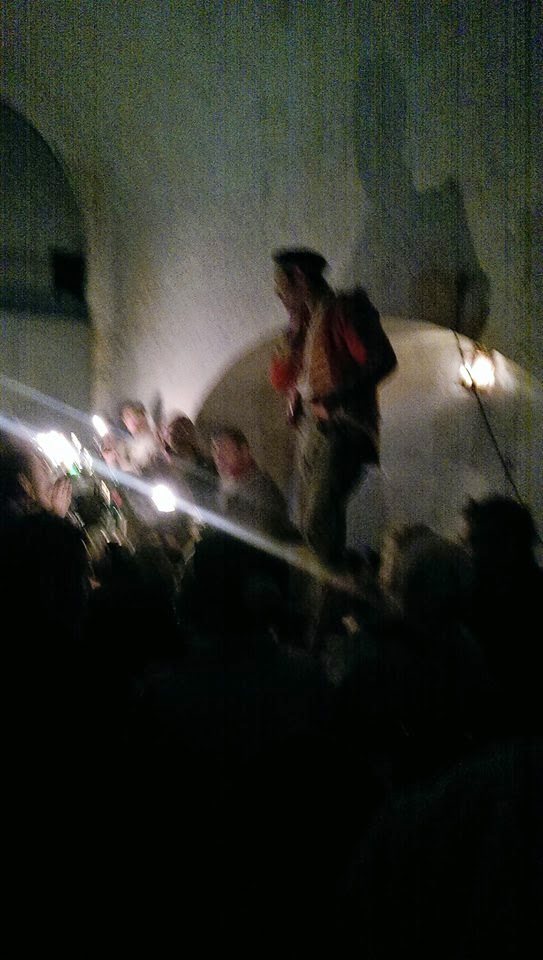 I did sleep well, right through, in the luxury of a bunk bed with my big coat on, untroubled by cold or snoring. 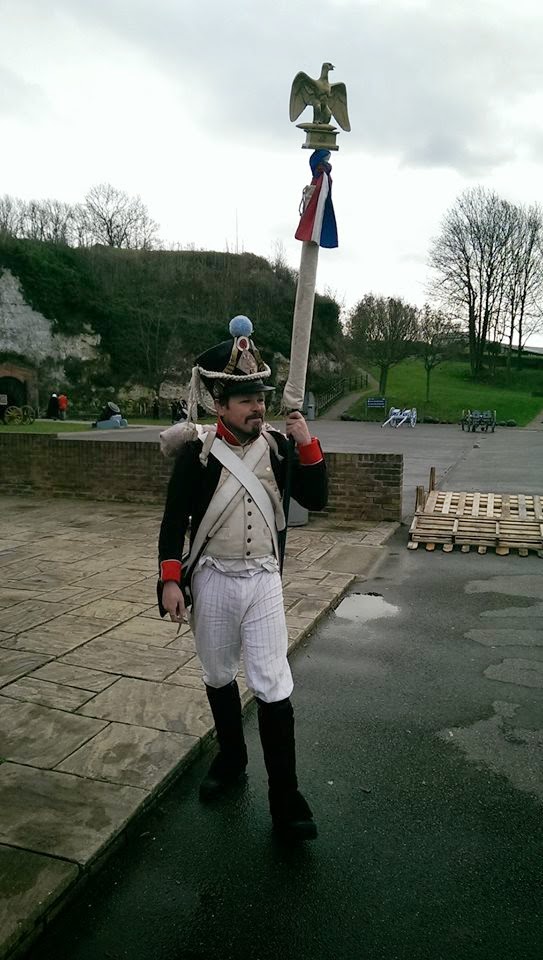 I was pleased to have the honour of carrying the Eagle throughout the weekend, which should be simple enough, but it has a habit of swivelling round to face the wrong way, being top heavy, and looking up during maneavers means a moment of distraction where if you dont hold your shako on at the same time it will fall off backwards, you also have to watch out for anything overhead, including everyones bayonet tipped muskets as they swing round and I did indeed learn which moves caused the most potential prangs and started countering them. (demi-turn to the right, fine. Demi-turn to the left; carefull!) The potential to carry the Eagle again would certainly give me an excuse to buy a sabre briquet (infantry short sword) after all if I must defend it with my life being armed would help, right? 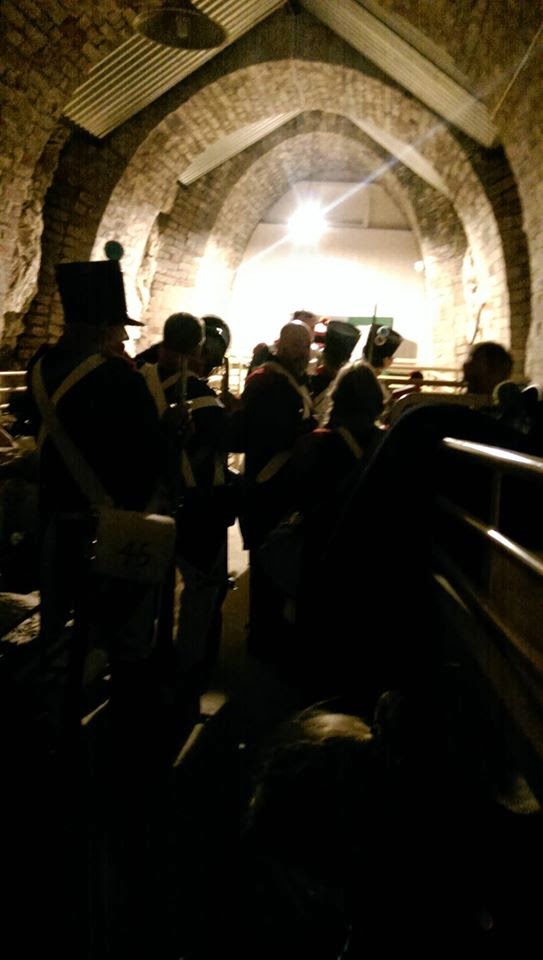 Waiting in a room.

On this occasion the only defending I had to do against the British was verbal.
'Could I just hold the Eagle for a moment and take it over to show those chaps.'
'No'
'You know me, please, Ive been bet a tenner I can't go back with it.'
'No.'

Having the Eagle is also good if your a short arse and want to see where you are when it comes on the TV!

That will be the reward of the weekend, seeing us in the show, I only hope the footage is good and dosen't make us cringe. We shot an attack in column on day one with some Prussians baulstering the numbers.. whom on day two we supplied with French kit, but they then decided not to re-film so im sure history bods will be sat in front of the TV pointing out how wrong it is having Prussian landwehr with the French! or out of three takes they will show the one of people going the wrong way. never mind, it is now all in the hands of the editors!