'Is there a cure for the lethargy that I have acquired since returning from Waterloo?
listless and unenergetic, or indifferent and lazy; with apathetic or sluggish inactivity.'

Others have mirrored his sentiment, the post Waterloo come down.  The glorious event horizon had been crossed and beyond it.. work, mundane life amongst people doing everyday things. It was the big event and my main holiday of the year.  Where had the people I'd been living with for nearly a week gone? What was there to look forward to now? 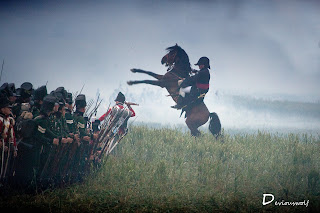 'But Bill, there is an event next week!'
'You mean the Hornchurch country fayre?'
'Yes, but there will be artillery and cavalry.'
'You mean a two pounder and an officer who can't get on the field without a donkey?'
'Erm, yes.'
*Sigh*

This is usually the busiest time for events but two I can't escape work for, one (Eastborne) is cancelled and one is the arse end of the country, especially for travelling back on a Sunday evening. So roll on end of August! 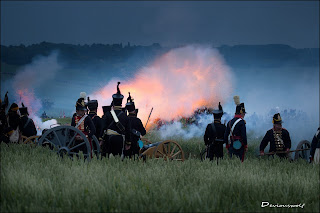 People are indeed talking of big events in future, I suppose for many this was their first one, and now they want more of the same! but no names come up that often for 2016, although it will be the 210 year anniversary of the battle of Jena. 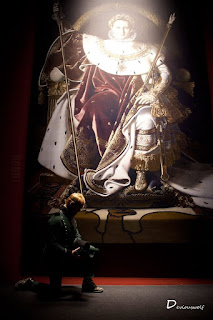 I thought a lot about 'Command and control' at and after Waterloo, no one drills as much as the soldiers of the day and on the field with noise and smoke and bigger units it is more difficult, and more so in an epic battle where your are approaching sensory overload. I like to think I'm quite a steady hand now, wait for the word, never run, listen for orders.. but even some folk who have been at it for years still go left instead of right on occasion! The main problem was bowing in the middle or sections with no peripheral vision going forward of the line, it is easy to shrink into just being aware of your mates on either side. I have seen some pictures with me at the front and I was completely oblivious to the massed ranks behind me.
It's also good to feel as a regular soldier that you can call out for order and put things right.. until someone else does the same to you and you think 'yes, I was just doing that, who died and made you Napoleon?' 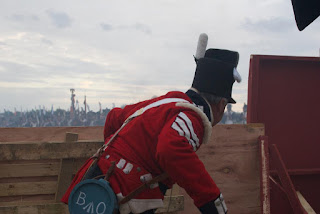 There has been much in the media about Waterloo, and pictures are still springing up on facebook, those here from Deviouswolf photography and Thomasson photography. The BBC did a piece called 'Waterloo - a battle to remember.' which made it seem quite a serious affair and as if we had been practicing drill specifically for Waterloo for years, whilst Jeremy Paxman did an article for the Financial times that comments on reenactors being the most unfit, old bunch of Herberts ever to march into battle.. a bit harsh perhaps! 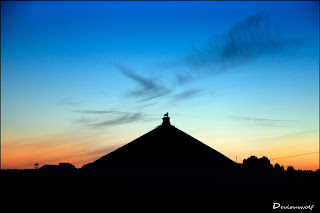 There have also been some very pro-Napoleon pieces in the press, especially the Guardian, and the Napoleon series on the BBC that was keen to put a good word in for the Emperor in his opposition to the Ancien Regime of Europe. Three people expressed interest in joining the regiment during our adventure, time will tell if they follow it up! 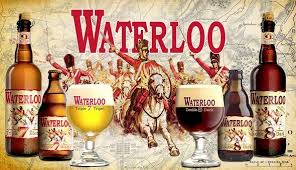 Waterloo beer, previously called 'The beer of Victory!' was re-branded for Waterloo as 'The beer of Bravery!' which was a good diplomatic gesture, and on reflection I can say no one really spoke of winners or losers, not even in jest, just all as friends, whom are now scattered back across the world and wishing they were back in Belgium to do it all again. *sigh* 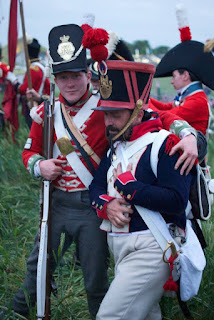 Posted by Rhandolph at 12:25 No comments: