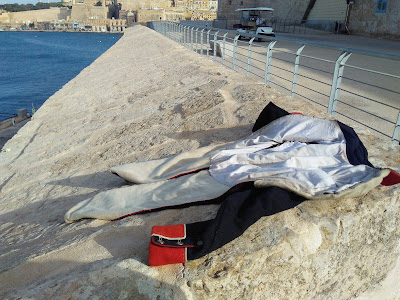 Malta, an island stuffed with history including the world's earliest free standing buildings, and between 1798 and 1800 the scene of a French landing as Napoleon popped in on the way to Egypt leading to a subsequent two year occupation until being cut off from France and the valiant defenders had to give in.
Instead of recounting the whole week I'll break it down into a few subjects, starting with my first experience of going on a plane with a gun. It did seem a faff and a bit daunting, but it all worked out well.
The first step was selecting excess baggage; sports equipment; firearms. Both there and back again.
The air Malta website said you had to inform them 72 hours before travel and a police escort was required.
Was this as well as booking a firearm or did that count as informing? Also was a police escort needed both sides?  I called Sussex Police and they had never heard of it but just said ''follow whatever it says''.  Turns out it was only Malta side and with over 500 reenactors going they were on standby.
There were eleven guns on the flight so we all got grouped together and had to one by one go into an office and show the officer our papers and the serial number on the gun then have loading crew come and take them onwards. This included a dummy musket, I suppose it takes same space and they need to check it is a dummy. 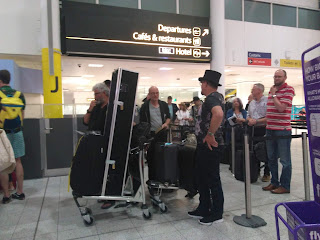 At the other end were the police who met the muskets as they were received and again serial numbers were checked, but it was a little less formal and quicker. On the way back it was repeated but the Malta guys were not bothered about serial numbers which was good as it's a pain getting them in and out of a hardcase with other gear. The Police were very friendly and the main firearms guy was working overtime to cope with us all. So it was all okay, if more time consuming. Outside we were loaded into an army truck and taken to the drop off point between the two 'camps'. 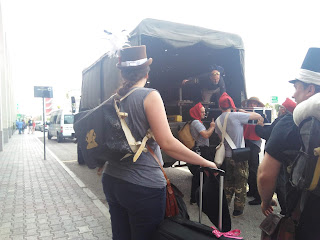 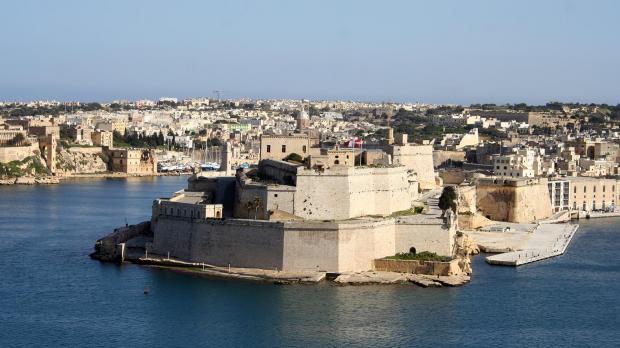 This was my digs for the week. A massive fort built up over the ages on an ancient site and besieged in 1565 and bombed in WWII and now I had the honour of sleeping on its floor. My first three nights were in a little look out tower overlooking the escarpment up to the entrance, which was cool but sometimes a bit noisy due to the street and people on the massive posho yachts below. So I retreated to an alcove further in for the second half of the week. 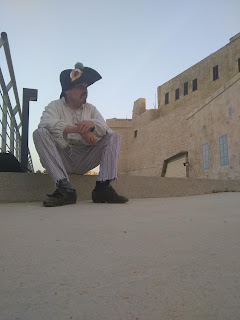 The fort was a bit over subscribed, I opted to sleep out but bodies kept appearing throughout the first few days, the rooms actually felt a bit stuffy, might have had the small blessing of being mosquito free however. For a change I used the showers, hose pipes in a tunnel with cold water but still very welcome and made you feel most revived after a long day! one shower was at two a.m. after being woken up by bad pop music.
Helping with logistics I was quite annoyed by the attitude of a few of the people in the fort, the organisers were trying their best but stuff was often late, such as water, this was a re-enactment event run by reenactors, not a business you paid for.  listening to someone complaining that there group had no water I just wanted to tell them that if they were that desperate get two of your men to walk five minutes down the road and buy a few bottles to tide you over, what are you? Children?! Call yourselves soldiers!? use some initiative! 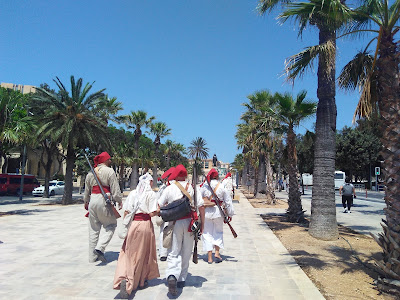 Walking into Valetta after the Philomena battle, the scenery really made me think that this wasn't Kansas anymore, must of been pretty gruelling for a campaign with 18th century logistics. 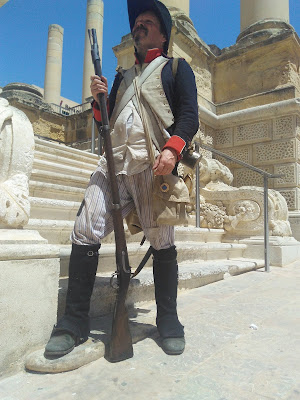 The Battle of Mistra bay. Because of an eye injury caused by some gritty sand getting caught in my eye I only did the Tuesday and Wednesday battle, local health centre sorted it but it was a bit of a rough night on Friday.
This battle was memorable indeed, we marched round a sandy coastal track to the base of a sloping hill that was covered in broken ground, all shrubs, thorns and white ragged rocks, really no gaps between the three and occasional small seams/chasms near the cliff face.. oh did I mention one flank was a cliff dropping into the sea below?
We started by swinging round and advancing on a building/ditch held by the Maltese and traded a few vollies before a brief charge where I nabbed an enemy hat (which I duely returned). This was repeated and I noticed the fray only went up to a low wall so ran along it to get behind the defenders, who then surrendered. 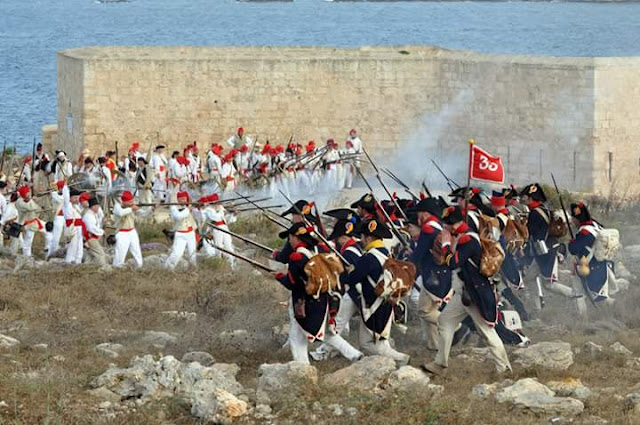 Rock hopping up the hill whilst trying to remain in formation was interesting. ''staighten the line!' er no, there is two foot hole full of cactus! Half way up it seemed the enemy were finished and many sat in defeat on the rocks. But no, we were off again against a fighting retreat with pot shots against us
from the bluffs. 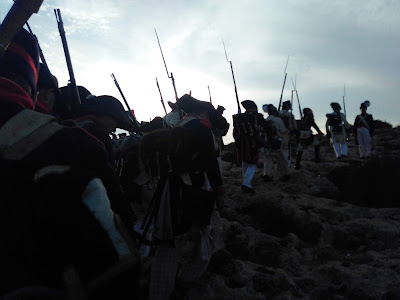 Then began a long march, the sort that becomes a chore but in retrospect you remember more warmly. I think a twenty minute wait in ranks riled more people as at least whilst moving you think each step is getting you somewhere. Finally, a town square! Civilisation, food, drink, steps to sit on, local music and a conga! 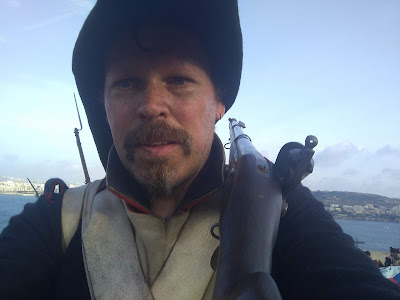 Malta itself. I've never been to Malta before and very much enjoyed it. The architecture is fantastic, sandstone mostly, with balconies, and towers and engravings, and nearly everything is at least three or four floors to maximise space. At almost any time of the day you will hear bells or cannons, dont ask why. Culture seems a blend of the best parts of Italian and English. England of course occupied Malta right up to the last century and red phone boxes, three pin plug sockets, zebra crossings, etc bare this out. Most signs are in English and even I didn't feel bad just speaking it as first language, instead of a token fail at the lingo. 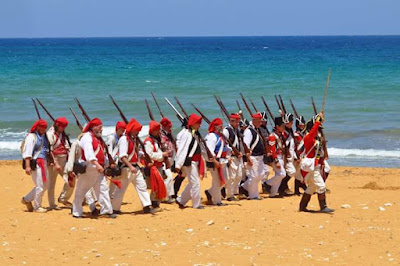 Food involved a lot of bread and pasties, the main source of carbohydrate, when goats cheese, fish and salad seemed another theme. You need stuff to keep you going, I thought I was eating well but lost weight in just a few days. 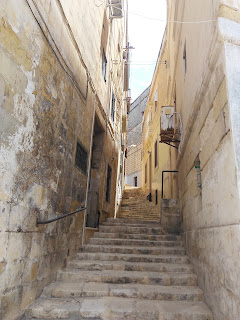 Cisk (ch-isk) is the local beer and the default if you are not fussy, sorry selective.. to me it had a plastic tang but was tolerable if served very cold. I preferred the Farsons light ales (same company). Kinnie is also a must try, a soft drink of orange and herbs, rather flowery with a hint of dandelion and burdock. 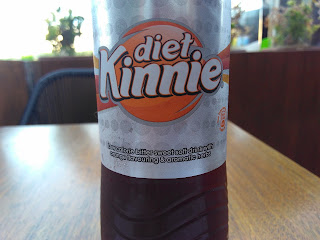 Weather was hot! You can begin a walk feeling fine but after ten minutes get a drop of sweat run down your face, two minutes later you'll be perspiring head to foot.  There was often a cool breeze of the sea and the tall buildings shade the streets.
Public transport is cheap, but the island has a problem with so many cars on a small island, if a ferry is an option go by sea! 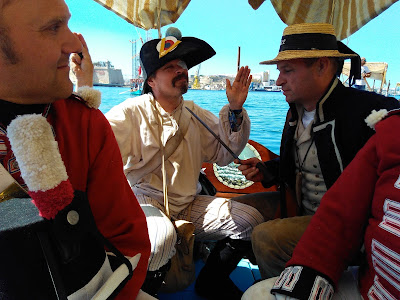 A day with the Royal marines (Czech/German group). 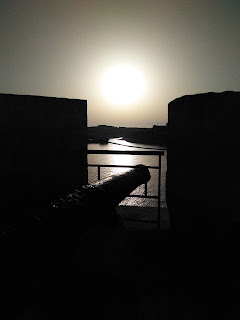 Dawn over the battlements, looking out to sea for over 2000 years. 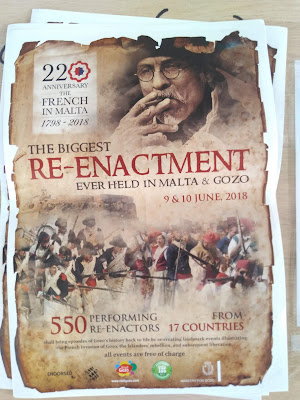 Conclusion: a great time overall, nice to fight on different terrain Vs a more irregular enemy. Overall felt more like a holiday with friends in hats than a campaign, but then I was signed off for a bit. Would happily go back, I didn't really get to see the local museums, this was a big event, twenty years since the 200th anniversary but smaller events occur every now and then.
Sitting here now I'd love to just teleport back for a stroll, or a water taxi, into town for a beer, even if it was a Cisk. 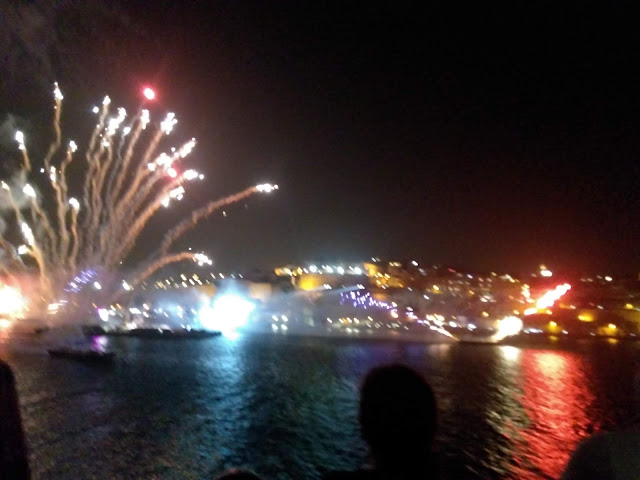 Posted by Rhandolph at 07:58 No comments: