The Lord Mayor's parade! A quick jaunt up to Blackfriars and stroll across to the rendezous point. 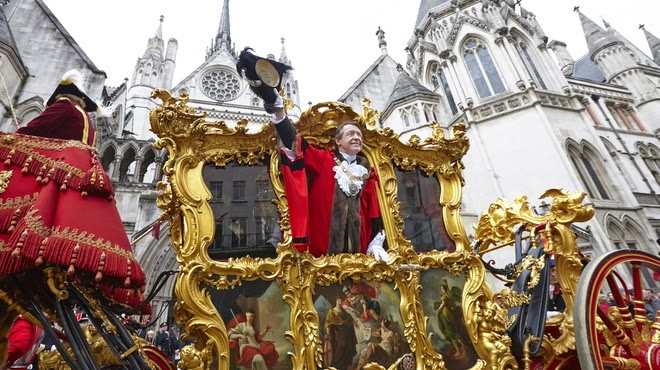 The Lord Mayor personally welcomes us to the occasion. 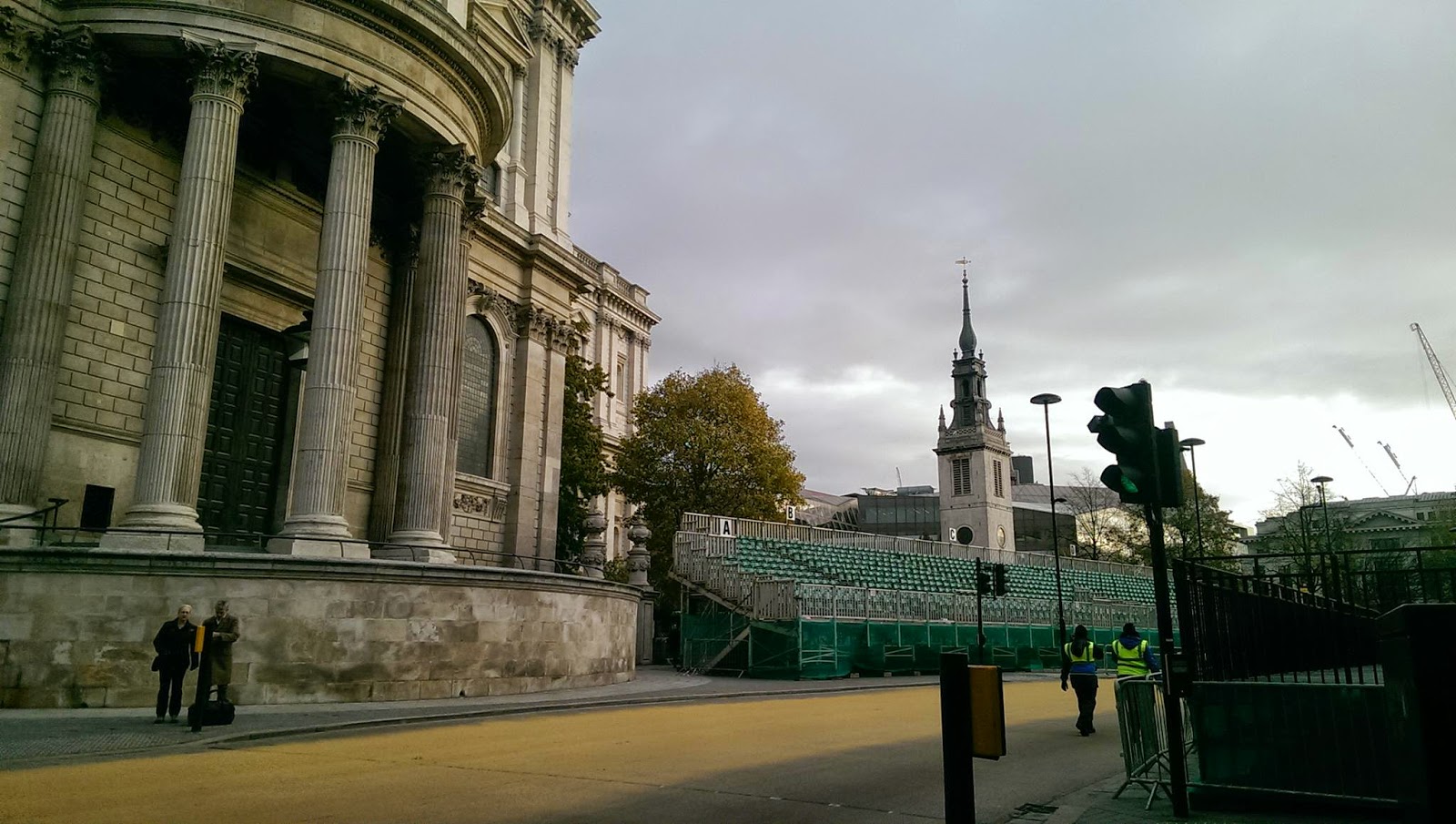 Before and after the event the streets seemed strangely empty, granted it was about 8.30 or so when I arrived but there was barely anyone but Police and stewards to be seen. not even people who looked like they were in the parade until I clapped eyes on a couple of Highlanders and a fusilier and knew I must be in the right place.

Many salutations followed and people trying to sort out their backpacks, stow gunbags and balance blankets/greatcoats. Given the possible downpours I brought my greatcoat (for afterwards) which made a bigger, heavier bundle than the usual blanket and I used a handkerchief to further try and keep it in the right place and not sag untidily, and it seemed to work quiet well. 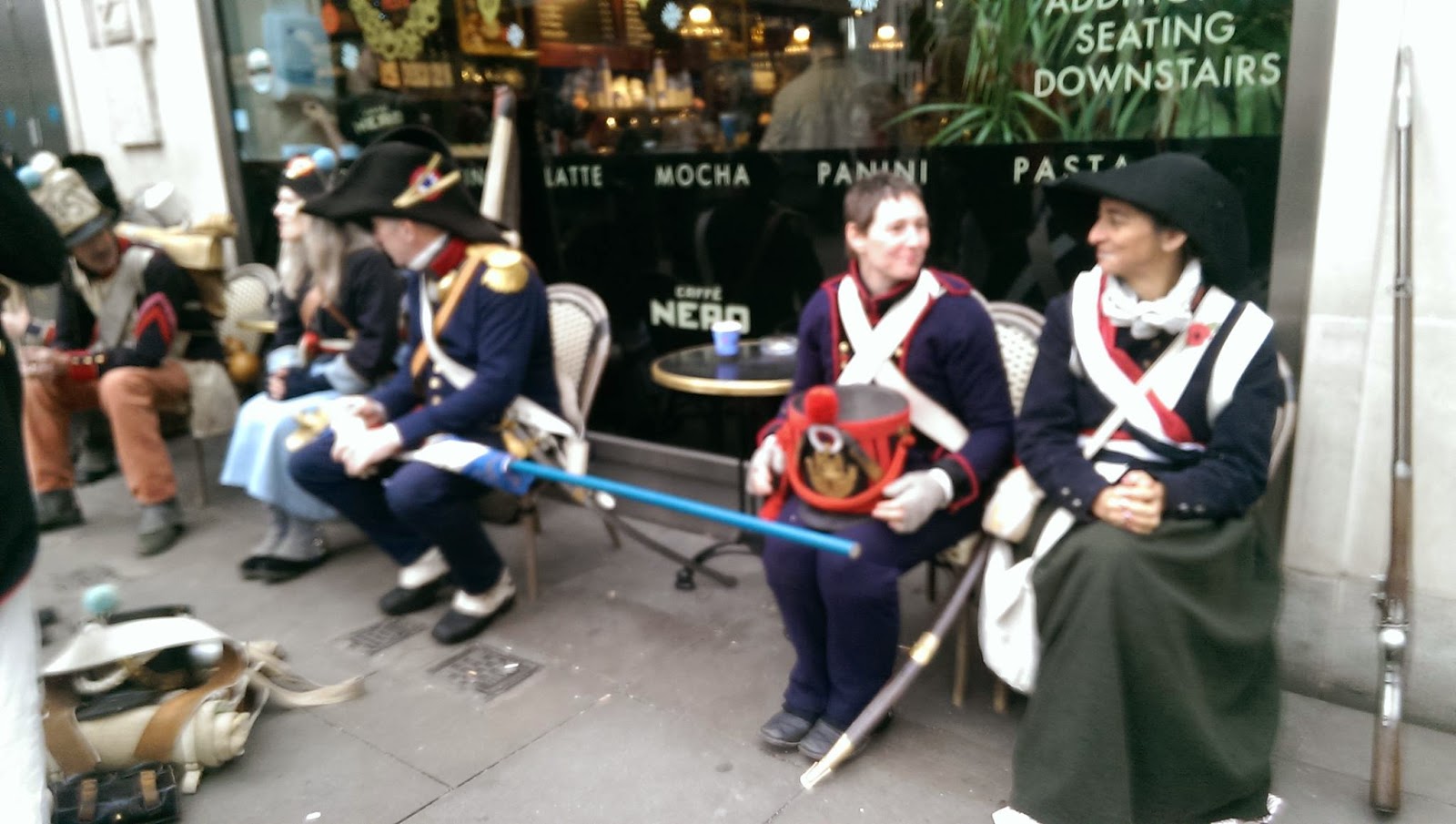 We were off! Drums beat, bugles sounded, bagpipes parbleblaabled. All set in formations we naturally were given the order to stand down for about twenty minutes.
Then away at a surprisingly thrifty pace and we were soon in the thick of it, a good turn out of people, cheering and occasionally booing and flag waving! occasionally with French ones but this may have purely been due to random flags being handed out by some company or other. Union flags and whistles could be bought from one of the many street traders before the police made them clear off.

There was much singing, mainly inspired by a young Dutch chap amongst us from the 85th who has a lovely singing voice, Jaunty Alloette being the most popular as more of us could actually remember or pick up the words, although the onion song got a few renditions.
I have tried learning songs but can only ever remember the chouus, I think being in French and often at a slightly odd metre makes them hard to remember.. plus a song in English presents visual reminders to what comes next.. if you think of 'The grand old Duke of York..' you tend to see his ten thousand men being marched up to the top of a hill, and down again... and rhyming with it.

Then there were the hearty 'VIVE L'EMPOREUR!'s generally given three times everytime a particularly crowded stretch was passed.  We certainly made more noise than the British and think this gave as a nice gallic swagger. Apparently John Snow said he liked us best.

That swagger did sag a little it must be said as we approached the half way mark, the songs went quiet and the Vives were fewer and far between. The straps of my pack were biting somewhat but I managed to bash the back of my shoe back on when someone stepped on it, no one fell out during the march which was all good. The half way break was much welcome, and many a Japanese tourist politely bustled up and asked very politely for a photo with us. 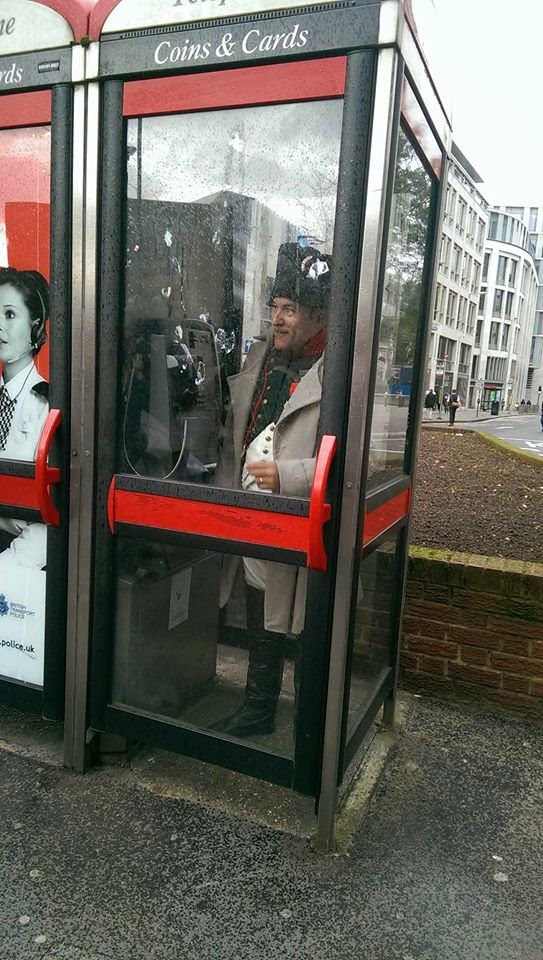 Is that the Prussians? Grouchy isn't answering!

Again it was form up and wait. Then we were off again, roughly back to where we had started, and once more with some songs. As said there were occasional groups of boo-ers who were usually met by a counter cheer or vive L'France from us although I did find myself pondering the situation of being a group representing French would-be invaders in a very traditional British occasion with lots of union flags fluttering and on the eve of Rememberence Sunday. One call for a mass Vive L'France fell a bit flat as most members probably were not sure of it's appropriateness. By now my throat was getting dry again and couldn't really get a bottle of water out and the top off whilst holding my musket in position, so it had to wait.. and then without ceremony it was all over. Wisely groups were dispersed to different break up points. 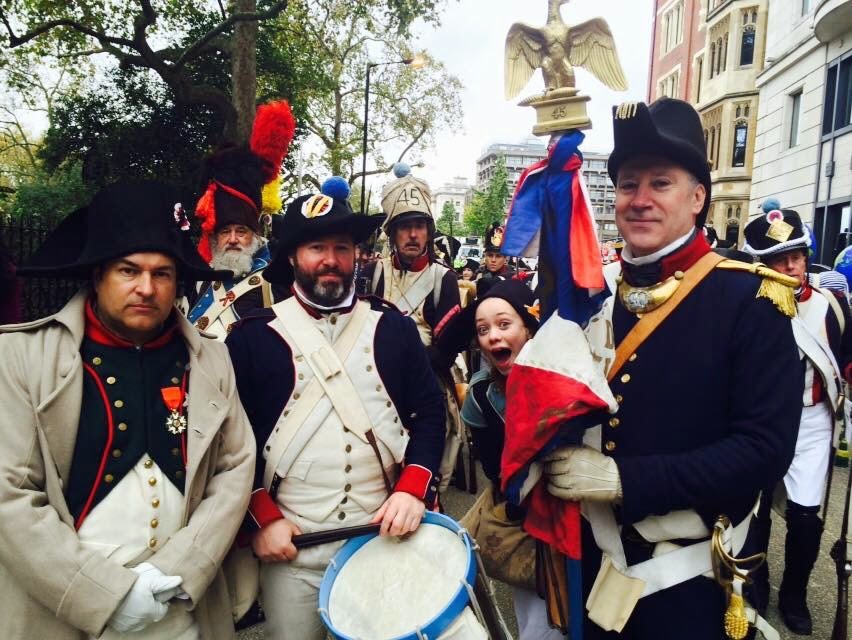 Bayonets were stowed, Water taken, and the pleasant promise of going for a pint mooted. They seemed to have hidden all the pubs until we found an old tavern tucked away down a narrow predestrian side street. My crackly voice was repaired by a smooth Guiness. It's good for you you know. 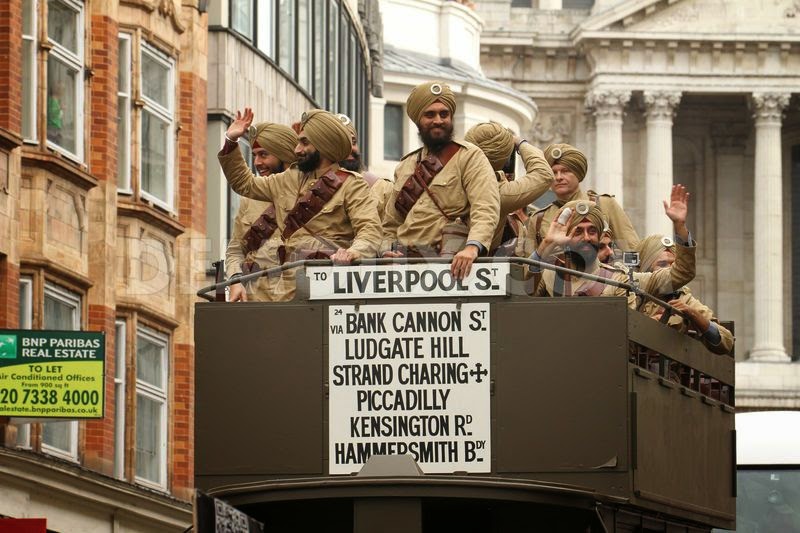 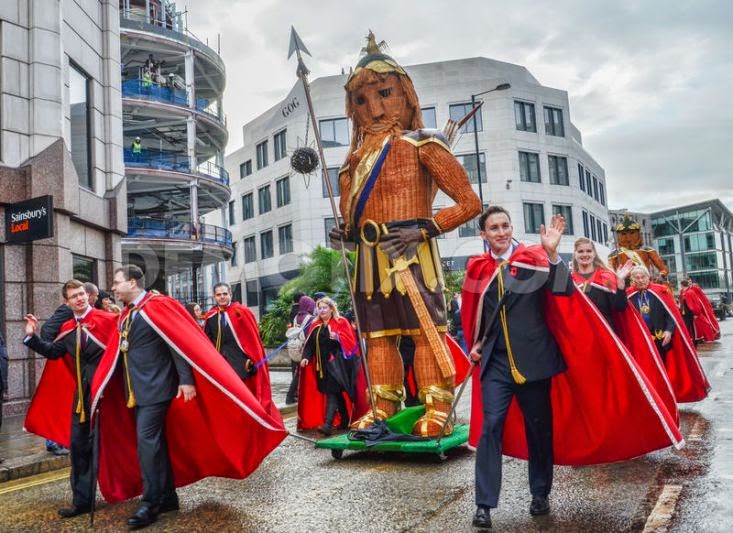 It was a grand day out and the last event for the 45eme of the season. The weather held for the most part until I was literally five minutes from home. The rain and tight straps leaving two pinkish stripes on my shirt and today I have slightly stiff legs, and many good memories.

Posted by Rhandolph at 10:04 No comments: